With Valentine’s Day on the horizon, you may be planning a special date night with your partner. If you’re looking to include some enticing foods to boost the romantic vibe, you’ve come to the right place. Forget the slimy, gooey oysters; there are plenty of vegan aphrodisiacs to spice up your Valentine’s day.

It’s Mostly in Your Head

When it comes to sexual arousal, most of it is truly in our head. Although some foods do contain compounds that may increase libido, the effects are limited and not well researched. What we do know is that sexual arousal is very closely related to the senses, primarily vision. Therefore, just about any food can become an aphrodisiac when prepared and presented in a tantalizing way.

Before we get to specific foods, here are some general guidelines to creating a sexy menu:

In order to qualify as an aphrodisiac, a food must either increase libido (desire or arousal), improve sexual function (lubrication, blood flow), or enhance sexual performance (pleasure). Check out these vegan aphrodisiacs to spice up your Valentine’s Day.

Asparagus is an excellent source of vitamin E, which is sometimes referred to as the “sex vitamin”. This powerful antioxidant helps to balancing sex hormones, which may result in increased sex drive for both men and women. It also contains vitamin B12, an important chemical for a healthy libido in both sexes. As an added bonus, asparagus is a good source of folate, which is important for male and female reproductive health. Looking for a unique recipe with asparagus? Try this Risotto.

Because they often grow in low-hanging pairs, the Aztec word for avocado is ahuacatl, which means “testicle”. In addition to the folklore, avocados contain several vitamins that boost sexual health. Like asparagus, avocados contain vitamin E, as well as potassium, which helps with stamina and testosterone production. Get your avocados in with these Beyond Meat Taquitos!

Chili peppers contain capsaicin, which can cause a release of endorphins. When we consume spicy foods, our brains respond by releasing these neurotransmitters as natural painkillers. Ok, so in reality it would take a lot of chili to induce a true endorphin high. But look at it this way. Even a pinch if cayenne pepper can raise body temperature and get you in the mood to tear off your clothes. Turn up the spice with these Buffalo Maitake Mushrooms.

Those heart-shaped boxes of chocolate may do more than you expected. Chocolate contains phenylethylamine (PEA), which promotes the production of the neurotransmitter dopamine, which enhances feelings of happiness and pleasure.

Chocolate also contains l-arginine to encourage healthy blood flow. Blood flow is everything when it comes to sexual arousal and pleasure. The more blood flow, the better the erection and the more sensitivity. The body uses arginine to make nitric oxide, which helps increase blood flow during sexual arousal.

So get the blood moving with these delectable Vegan Cacao Truffles!

Most of the aphrodisiac power of figs can be attributed to its moist, pink flesh which vaguely resembles the female genitalia. (Just check out the poem Figs by D.H. Lawrence!) Couple that imagery with figs’ pleasant, sweetly floral aroma, and you have an exotic fruit that tantalizes the senses. Get your figs in this sweet and savory Caramelized Onion, Fig and Arugula Pizza.

In traditional Eastern medicine, ginger has long been used to increase blood circulation to the hands, feet, and loins. The warming effects of ginger, as well as the inviting aroma, can add the right kind of spice to a dish. Or try this Ginger Lime Mocktail.

Maca root is gaining popularity as one of the sexiest superfoods. Also known as Peruvian ginseng, maca root powder may help with hormone balance, as well as improve libido. In one study of eight athletic men, all of the men experienced increased sexual desire (and athletic performance) after 14 days of supplementation with maca root. In another study involving women, test subjects noted a decrease in sexual dysfunction and an increase in libido.

Across Southeast Asia and India, mangoes are synonymous with male sexual vitality. In fact, physicians in these countries often prescribe mangoes for impotence and other sexual issues. While scientific proof of mangoes’ ability to cure impotence is lacking, they are packed with vitamins that may help improve reproductive health.

Pumpkin seeds, or pepitas, contain 7 grams of arginine per cup. In addition to that, they contain a healthy dose of zinc, which is necessary for testosterone production. In one interesting study of 31 men, researchers found that the aroma of pumpkin pie increased penile blood flow by 40%.

Saffron is one of the most expensive and exotic spices available. In addition to earning points in the exotic category, this spice may provide an added after-dinner boost as well. One study noted improvements in erectile dysfunction in men after 4-weeks of saffron consumption. Fortunately, saffron isn’t just good for him. Another study evaluating female sexual dysfunction, revealed improvements in sexual pain, arousal and lubrication.

If you want to add saffron to your Valentine’s Day menu, try my Mushroom, Artichoke, and Red Pepper Paella recipe! 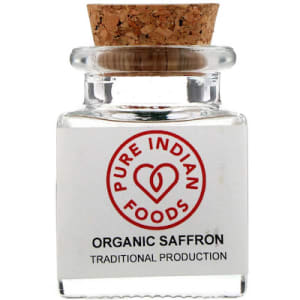 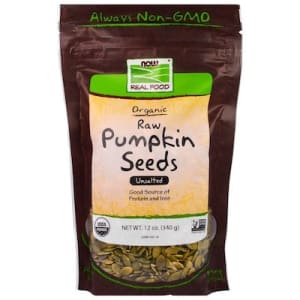 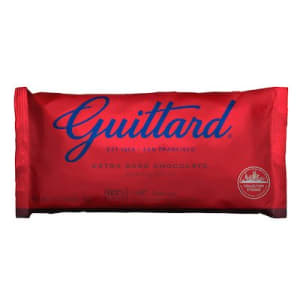 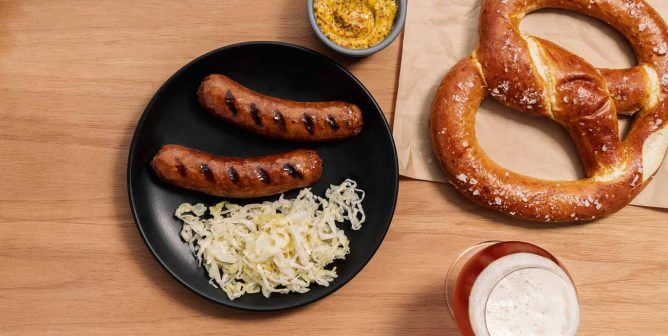