By : Lindsey Elmore January 13, 2020
I'm Lindsey, I make science fun, and teach you how to make choices about health and wellness.

As plant-based eating gains popularity, more and more questions arise. One ingredient that repeatedly gets a bad rap is soy. Soy contains phytoestrogens, and this leads to much skepticism and debate regarding its safety. Actually, soy is the subject of some of the worst misinformation on the internet. It’s time we tune out this misinformation and follow the science. Let’s evaluate some common myths about phytoestrogens and see how they stand up to science.

Soybean is the number one genetically modified crop in the world. In fact, up to 93% of all commercially grown soy is genetically modified. The purpose is to make the crops more resistant to herbicides, thereby allowing farmers to use large doses of herbicides to kill weeds without damaging crops.

Having said that, it is possible (and of utmost importance) to find soy that is not genetically modified. Look for soy products specifically labeled as non-GMO or organic. You can also use this handy search toolfrom the Non-GMO Project to search for specific products.

This is one of the most common myths about phytoestrogens, and it stems from misunderstanding.

We know that estrogen increases the risk of many types of cancer. This is because many cancerous cells have a receptor for estrogen. What this means is that the cells depend on estrogen to feed their growth. This is why women who are estrogen dominant or who undergo synthetic hormone replacement therapy are at higher risk for developing cancer, namely breast cancer.

However, the false assumption about this myth is that phytoestrogen behaves the same way as estrogen. Nothing could be farther from the truth. In fact, many studies show that phytoestrogens exhibit antiestrogenic activityand can actually block the effects of estrogen and protect against certain cancers. How?

Scientific evidence on this topic is abundant and compelling. Let’s look at a few studies.

One study of 3,088 breast cancer survivorsover a period of 7.3 years determined that women who consumed high amounts of isoflavones (the phytoestrogen found in soy products) had a 54% decrease in cancer reoccurrence and risk of death compared to women who avoided soy.

In Japan, where soy is a staple food, the average person consumes up to 700 times more isoflavones than Americans or Europeans. This study of 852 Japanese womenshowed an inverse association between the consumption of soy and breast cancer. Researchers concluded that higher the soy consumption, the lower the relative risk of developing breast cancer.

The Shanghai Women’s Health Study, which followed 73,223 Chinese women for more than 7 years, is one of the largest and most detailed studies of soy and breast cancer risk. In this study, women who ate the most soy had a 59% lower risk of premenopausal breast cancer compared with those who ate the least amounts of soy. Furthermore, the risk was 43% lower in women who consumed soy during adolescence.

A meta analysis of 30 independent studiesinvolving the effects of isoflavones on prostate cells turned up promising results for men as well. Scientists agree that soy isoflavones collect in prostate tissue and may act as weak estrogens, exerting a protectiveeffect against the development of prostate cancer.

Another meta analysisexamined the effect of phytoestrogens on male hormones. The analysis looked at gynecomastia (breast swelling), erectile dysfunction, sperm levels, and estrogen and testosterone levels. Authors concluded the clinical evidence overwhelminglyindicates no basis for concern. Isoflavone exposure at levels even greatly exceeding reasonable dietary intakes does not affect testosterone or estrogen levels in men. Nor do the findings support any reason for concern regarding erectile dysfunction or sperm production. Thus, men can feel confident that including soy in their diet will not compromise their virility or reproductive health.

Of all the myths about phytoestrogens, this one is the only one that has any shred of validity. The claims likely stem from one study published in 2011. The study examined women with subclinical hypothyroidism. Clinicians split these women with early, mild hypothyroid symptoms into two groups. One group consumed low-dose phytoestrogens daily, while the other group consumed high-dose. Women in the high-dose group progressed into overt hypothyroidism after a period of 8 weeks. The study shows a decreased absorption of thyroid replacement hormone with high doses of soy.

I see two potential issues with this study. We know that many things affect the absorption of thyroid medicines. For example, absorption decreases when taking the hormone at the same time as calcium, iron and many other nutrients in foods. Because of this, patients are instructed to take levothyroxine on an empty stomach 30-60 minutes before food intake. The authors of this study state women consumed a “sachet of supplements” daily during the study. They do not list the other ingredients included in the sachets. Meaning, the possibility exists that these supplements also contain ingredients known to interfere with thyroid medications.

In addition, it is important to note that the study does not demonstrate that soy causes or exacerbates hypothyroidism, rather, it interfereswith the absorption of hypothyroidism medications.

Another of the myths about phytoestrogens is that they cause hormonal shifts that lead to early reproductive development. Phytoestrogens do cross the placental barrier as well as transfer to breastmilk. Additionally, many commercial baby formulas contain soy. A study of 391 infantsdetermined no developmental differences between milk-based and soy-based formula-fed infants.

Continue learning about the Health Benefits of a Plant-Based Diet. 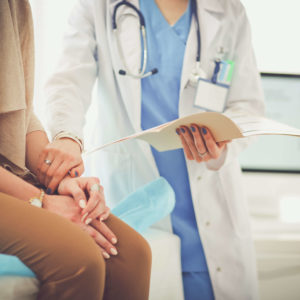 Over the past decade there has been a huge swell in marketin[...]
BLOG
3 MIN